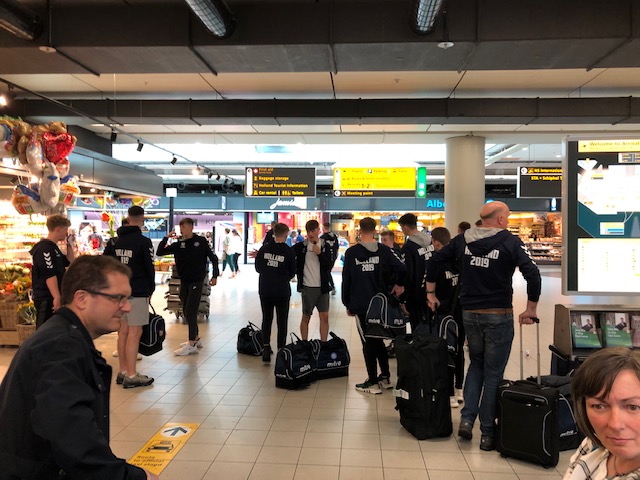 After short flight, we boarded Heidi’s big bus. Boys at the back, parents at the front. No singing from the boys but bluetooth speakers have a lot to answer for!

Great accommodation at Eftelling Theme Park, with the boys off exploring on Friday evening. Trying their best phrases on unsuspecting Dutch girls! 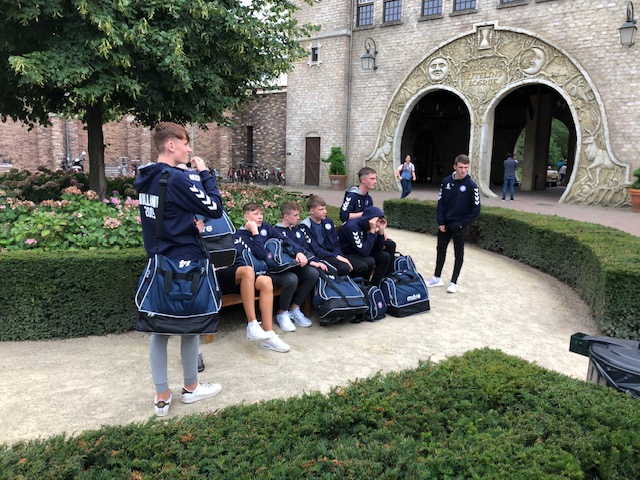 Early start on Saturday for our tour of the Johan Cruyff Arena. Very impressive stadium. Players were positive about afternoon’s match in pre match press conference but coaches were not so sure! 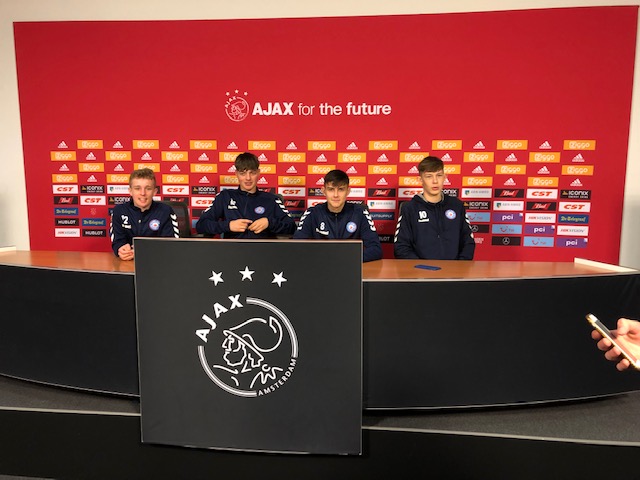 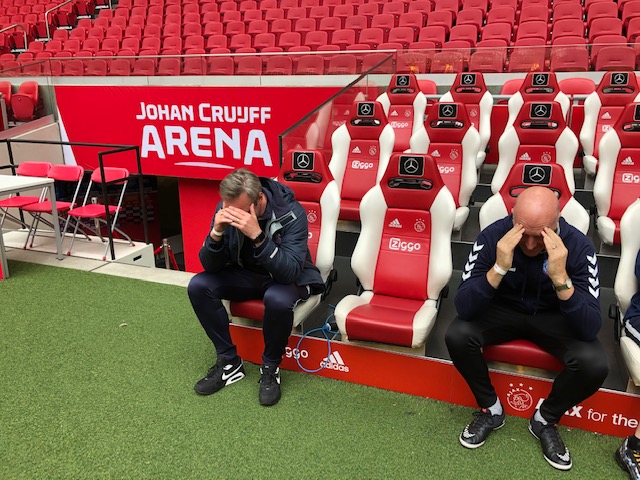 Saturday afternoon match against 2003 and 2002s of Bloemendaal. Passed off the park by highly technical Dutch team (no surprise there!) but we stole the game with a 2-1 win. Boys very pleased, defenders knackered!

Back to base and more theme park excitement on Saturday evening.

Another early start on Sunday with the second game of the tour, against GSBW. 2-0 up at half time but eased off and let the Dutch back in to draw 2-2. Tale of two halves. But unbeaten in Europe!

Lots of free time on Sunday afternoon and evening. Culminating in a house party for the boys and some of their new Dutch girlfriends!

Even earlier start on Monday for trip home. Back in Dunblane for 2pm after a fantastic tour with memories for the boys to last a lifetime.

Many thanks to Alan for excellent organisation, to Tino for very generous sponsorship and to Heidi our driver. The boys are asking where we are going for winter training!!